Five Super Bowl Ad Tactics That Can Be Easily Replicated 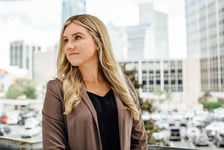 Sam runs Inbound Marketing for Fable Heart Media. She creates content, strategies, and campaigns that speak to the heart of a potential customer and drive measurable action.

Every February, millions of people gather to watch one of the most hyped sports events of the year. In addition to being the most hyped sporting event, the Super Bowl is probably one of the few times people actually get excited about commercials. The ads are well known for their high-quality cinematography and companies will spend gobs of cash and many months perfecting them for the big day.

If you’ve seen a Super Bowl commercial, you probably know where this blog is going. They’re the GOAT of digital marketing. Although Super Bowl commercials are extremely costly, they use tactics that your business can implement in your very own digital marketing campaigns. And better yet, you can use these tactics without breaking the bank! Still not convinced? Here are five tips for generating leads through advertising campaigns.

Why Super Bowl Ads Stick With Us Forever

Take a moment to think about a Super Bowl commercial that you remember. Why was it memorable for you? More importantly, think about how it made you feel. Did it make you laugh or cry? Capitalizing on the human factor, or emotions is a sure way to pull the viewer in. That commercial that made the biggest impact was probably memorable because of the way it made you feel. Whether a commercial evokes a happy, sad, or even angry feeling, we are more likely to remember it because of how it made us feel. Research suggests that people are three times more likely to remember an ad if it evokes high emotion. People might not remember exactly what the ad said, but they will remember how it made them feel. Because everyone interprets emotions differently, think about the objective and what emotion you want your audience to feel. Let’s take a look at a few Super Bowl commercials that heavily sparked emotion.

2. They Feature Celebrities and Influencers

Celebrity marketing/advertising has always been a common strategy but why is that so? Because more people are more likely to be drawn to the excitement behind celebrities and their opinions. Think about how many people wear Michael Jordan's who are not basketball players or fans. It’s because they are fans of the celebrity. Many companies, small and big, have reported that they have implemented influencer marketing into their future budget in hopes of increasing sales. Doing so can increase sales, but remember to include those other factors. A few of these examples showcase just that!

What’s better than one celebrity? Two celebrities! Celebrity couples have become more and more popular over the years and companies have found that including both in a commercial can definitely widen your audience. The ad features celebrity couple Mila Kunis and Ashton Kutcher. It is highly relatable and humorous because of their banter through the hit song “it wasn't me” by Shaggy. Adding in a unique twist on this popular song made it extremely catchy and memorable.

Similar to the “where’s the beef” commercial, this one has a catchy line that is well remembered by the audience. Celebrities may be a high cost to incur for an ad, but including all those other impactful tactics we have mentioned, will still help you make an ad that gets you the metrics you want.

While most Super Bowl ads feature famous athletes, this one takes a different approach. As one of my favorite ads on this list, this one is highly humorous, relatable, and even features a pop culture reference. The ad shows what has happened after a company hires Terry Tate (a famous linebacker). Through aggressive language and tackling coworkers, Terry’s tactics end up increasing productivity while increasing fear among employees. One iconic moment was when Terry Tate tackled a coworker to the ground because he didn't put a cover sheet on his TPS report (à la Office Space).

Again we see that emotion, more specifically humor, can play a major role in making an ad memorable. While you may not be able to get celebrities like Terry Tate, you can still use emotion and other forms to connect with your audience.

Naturally, digital marketing must involve creativity to captivate your target audience. Every company is putting out Facebook ads with a creative, including a smiling, relatable face and a few words. You can do better, and you should do better. Think outside of the box, but don’t overcomplicate it. Here are some examples of ads for the Super Bowl that didn't feature any crazy special effects, just creative ideas.

Showcasing in the late 90s, this ad has become somewhat of a pop culture reference. Budweiser's “Wassup” ad features a simple, yet effective concept. In the ad, a man is watching a game and his friend calls him to say “wassup,” the ad is followed by multiple people joining the call to say “wassup.” Could it get more simple than that? There’s nothing fancy going on here. The important item to remember here is that it performed well because of the concept, not because of the video quality.

In fact, this ad was so popular that it was reenacted in the popular film Scary Movie and many people still use the phrase today even if they don’t know where it originated. As we can see, the power of a catchy/memorable line can make all the difference.

4. They Are Highly Shareable

The more shares, the merrier! Ads and other forms of content are great when they can be easily reshared to others. Shareable content encourages word-of-mouth marketing and people are more likely to purchase a product or service if it’s recommended by a friend, family member, or coworker. Research shows that 72% of people rewatch Super Bowl ads, and are therefore sharing them with others. Many companies will make their content shareable by including unique hashtags or promotional offers linked to the campaign. But overall, just make it relatable!

With many ads featuring celebrities, Kraft took a unique route with their commercial by encouraging people to post pictures of themselves watching the game with friends or family and using the hashtag #howyoufamily. Once people posted the hashtag, they were automatically entered into a contest where they could be featured in the second ad shown after the halftime show. This type of ad created highly shareable content because it was interactive. Adding a unique hashtag or promotion to your ad can make it easily shareable and better yet, encourage people to share it.

One thing I really enjoyed about this ad is that it showcased regular people. It reminded me of when you go to a sporting event and hope you’ll be shown on the jumbotron. This was a neat way to get people to share what they were doing for the Super Bowl and it created that sense of excitement and community because you were able to see what others were doing that night. Something to consider with your digital marketing efforts is user-generated content. It feels organic and relatable and less like an ad.

5. They Are Targeted Towards a Specific Segment

Whether you are a football fan or not, chances are you will still watch the Super Bowl this year. According to CBS, 117 million people are expected to watch the Super Bowl. Many different demographic groups and age ranges will be watching. This is where targeted advertising comes into play.

If you are spending your time trying to advertise to everyone, you’ll never get the ROI you want. Your ads will be more impactful if you tailor your ads to a specific audience segment. You want the right people connecting with your content; the people who are more likely to make a buying decision. Even though the Super Bowl is broadcast to a large variety of viewers, advertisers still segment their ads for a certain demographic.

The ad features multiple people talking about what it means to be a girl and puts a new spin on the once hurtful saying “like a girl.” This ad was created to target the segment of young girls/women. The unique thing about this ad is that it isn’t necessarily about the products they sell, but their brand personality. Brands can easily showcase their personality by following movements they believe relate to their mission. In this case, the commercial is about changing the narrative, not always about the products being sold.

As companies become more active in the community through various movements, we have seen that individuals will continue to purchase products/services from a company they trust or have similar views to. Finding a good cause for your business can build brand awareness and show your audience what you stand for. The great thing here is that if your company is concerned about budget, you don’t have to donate to make a difference. Volunteering and being active in your community still show that you care and want to make a difference.

With this example, take a look at the different environments David Harbour appears in and think about which target audiences would be relevant for each environment. Creating your ad for a specific segment will help you increase sales and more importantly increase sales with the customers you want.

And That's a Wrap - Touchdown!

You’ve gained all the tactics big companies use to score leads. Creating a good advertising campaign is all about researching your audience and making something resonate with them, whether it be through emotion or a catchy tagline.

Remember that companies take MANY months to prepare and create a Super Bowl ad. So don’t be too hard on yourself if you don’t have a great idea right away. Great ideas can take time! But now that you know what made other famous ads successful, you’re ready to take it head-on!

We Help You Achieve Measurable Growth

We are Fable Heart Media, a digital marketing agency in Jacksonville, FL, that focuses on driving measurable growth and obtaining results for our clients. Whether you own a small company or lead a marketing team, our team can help you achieve your business goals. We love creating stunning websites and writing awesome blogs, but for us, nothing tops the feeling of watching our clients grow online due to our marketing partnership.